The Tea Emporium took part at the Las Vegas Convention Centre for the World Tea Expo just this past weekend, from June the 1st to the 3rd. Here is a small smattering of the many photos that were taken during the three-day event. 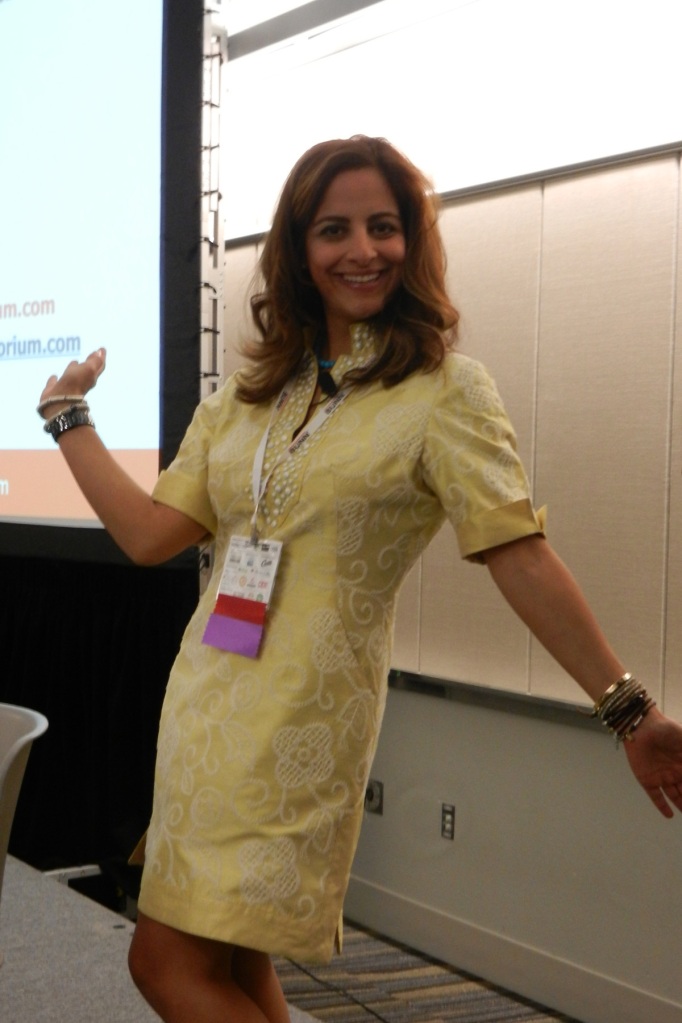 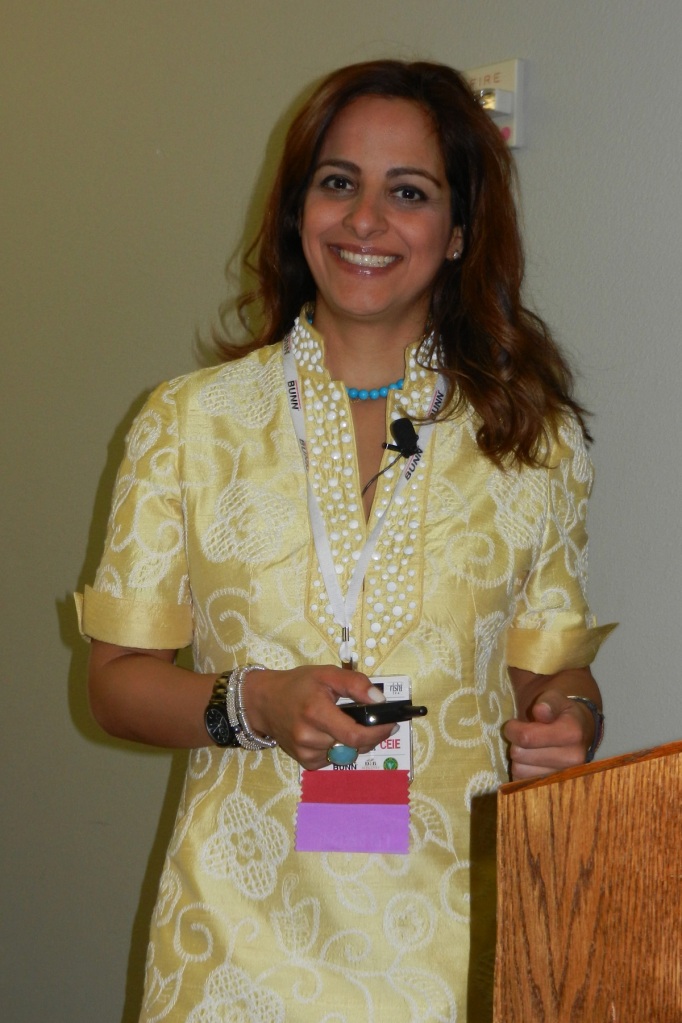 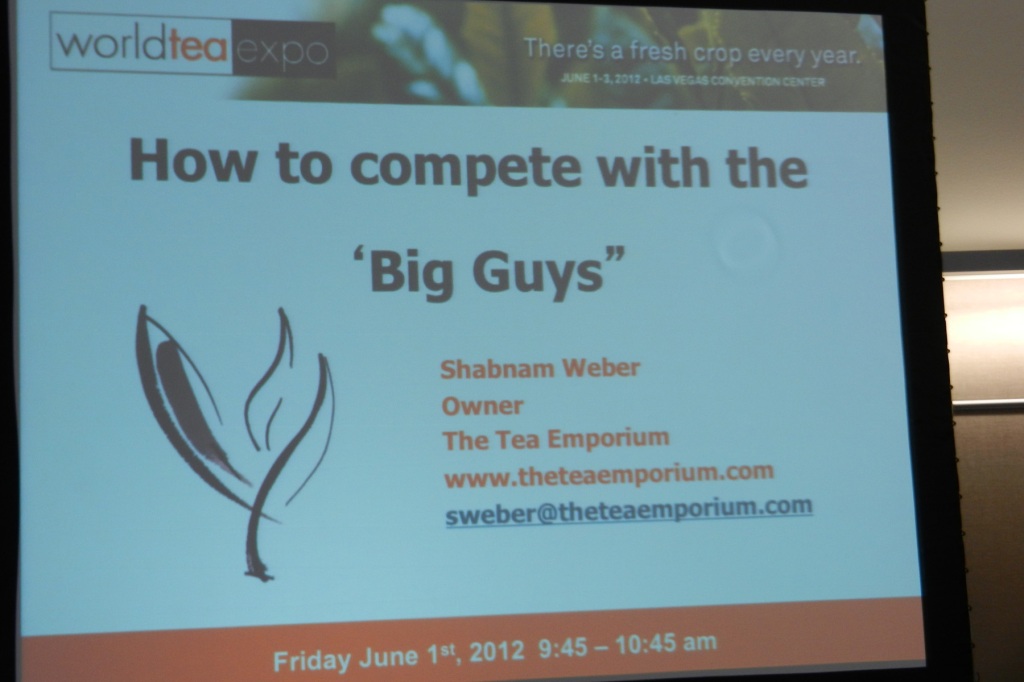 Shabnam Weber delivered a talk on the morning of the 1st. ‘How to Compete with the Big Guys‘ was the title of her presentation,  and her aim was to give those who own small tea shops a leg up against some of the bigger tea companies who want to open a chain of stores in every corner, Starbucks-style. 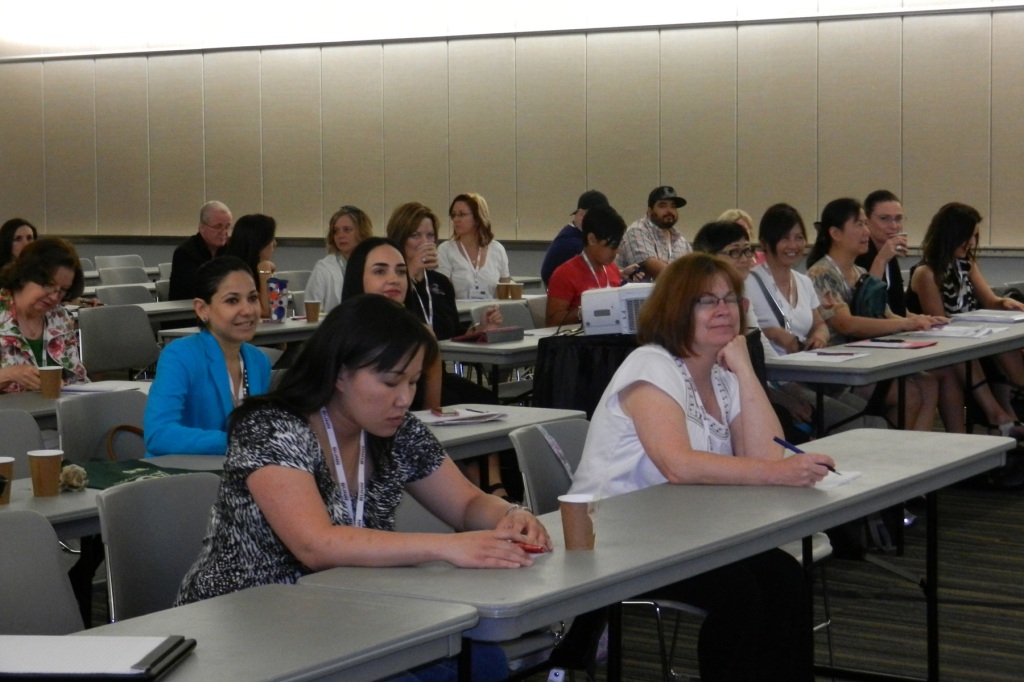 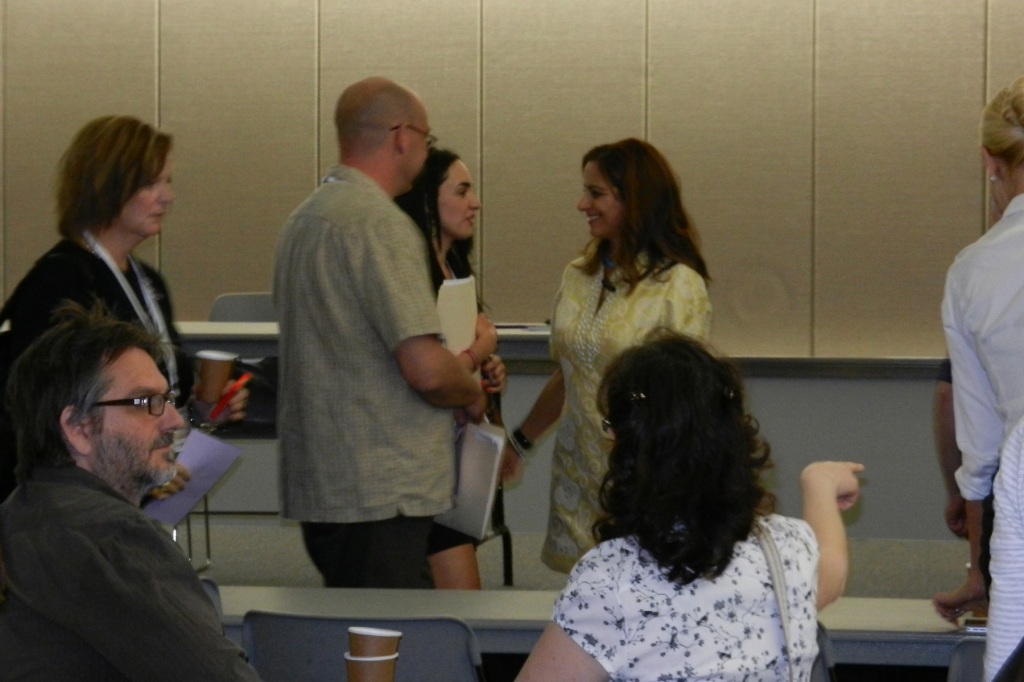 One of the highlights of her trip was meeting the legendary James Norwood Pratt of Tea Society Classics. His article, Love the Leaf (Why and How Coffee Shops Should Do Tea), is one of the many articles this widely-read author on tea has written. Julie Beals, editor-in-chief of Fresh Cup Magazine, writes of James, “After a short time with Norwood, one becomes imbued with the notion of tea as poetry, both being art forms that require reverence and reflection to fully appreciate.” A thorough reading of his many articles and literature on tea proves exactly this. 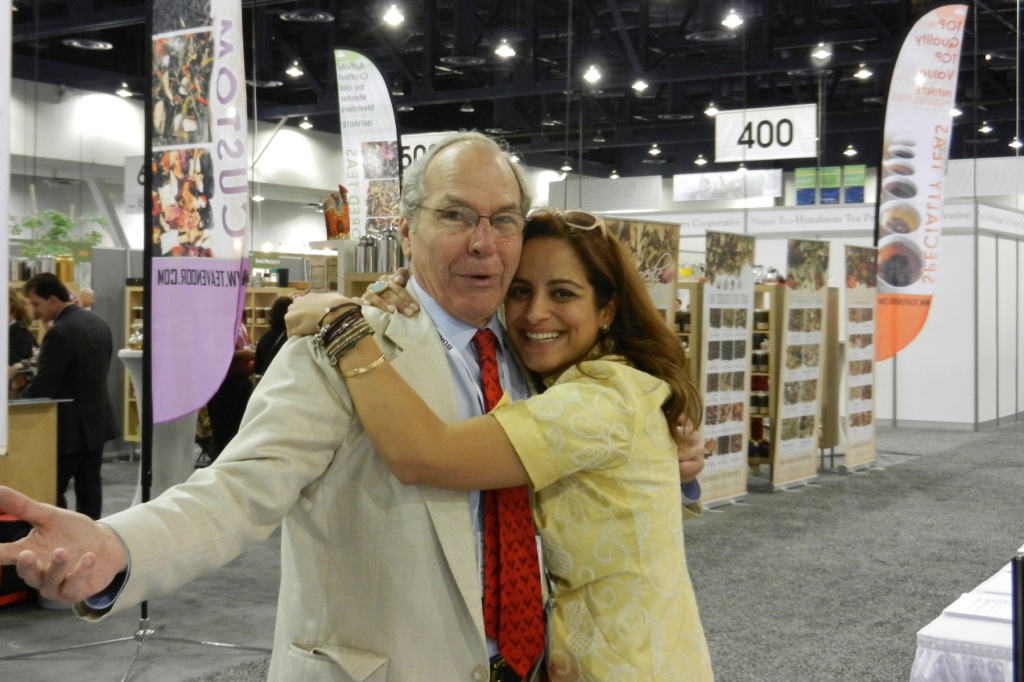 As Shabnam approached James Norwood Pratt to say hello, there was a look of recognition from the man himself, evidently aware of the work Shabnam Weber does with the Tea Sommelier Program in Canada. James has even expressed interest in taking her course, much to an incredulous Shabnam, who exclaimed, “There is absolutely nothing I can teach you about tea! Nothing!”

Laughs and smiles were shared, as evidenced by this very star-struck Shabnam, who describes her meeting James Norwood Pratt as something akin to meeting The Beatles.